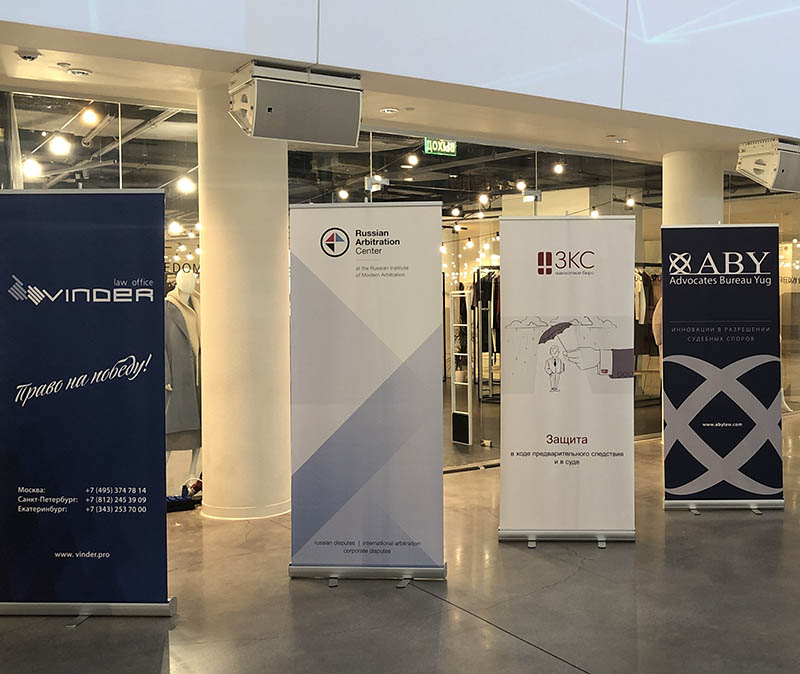 On February 14-15th, 2019, Yekaterinburg Yeltsin Center held a landmark event in legal world - XVI International Research-to-Practice Conference Kovalyov Readings. It owes its name to Mitrofan Ivanovich Kovalyov, a founder of the Ural criminal law school, and is held under the auspices of the Criminal Law Department of the Ural State Law University since 2004. Nowadays advocates bureau “Loys, previously known as “Puchkov & Partners”, acts as an organizer and inspirer of the Conference. Advocates Bureau Yug was a strategic partner of Arbitration Conference.

Over the years Kovalyov Readings became an international platform to discuss topic issues, which the modern international legal community faces these days. Among guests of the Conference there were not only scientists and teachers of criminal law, but also judges, police officers and prosecutors, advocates and practicing lawyers from different countries, notaries, as well as journalists, students and graduate students.

This year the main theme of the Conference was to discuss all aspects of legal mistake. What are the types of mistakes and the main branches of their possible assumption? What are the limits of the distinction between mistakes and actions aimed at committing a crime? How to avoid serious consequences while providing professional services? Responsibility when making mistakes: medical, notarial, business, judicial, legal and others.

Among the speakers and moderators of XVI Kovalyov Readings were the Chairperson of the Federation Council Committee on Constitutional Legislation and State Building Klishas A.A., the rector of Ural State Law University Bublik V.A., the Deputy Governor of Sverdlovsk Region Krekov P.V., the President of the Russian Federal Chamber of Lawyers Pilipenko Y.S., the Vice-President of the Federal Notary Chamber Smirnov S.V., the first Vice-President of the Federal Chamber of Lawyers Semenyako E.V., practicing lawyers from the USA and Europe, as well as other guests, whose professional activity in one way or another is related to jurisprudence.

Yuri Pustovit, Managing partner of Advocates Bureau Yug, was a speaker at the session "Professional mistakes in practice of lawyers and notaries: the strength of a word and the charge for it?”, supervised by Yuri Pilipenko, President of the Russian Federal Chamber of Lawyers, and Stanislav Smirnov, Vice-President of the Federal Notary Chamber. The cost of mistakes in such professional areas is high: the subject bears liability – likely criminal - to the professional community, on the one hand, and to the state, on the other hand (for example, Russian Criminal Code, art. 202). These circumstances are extremely unfair for one party, where the offense is necessary in the proceedings in order to identify the malicious act, and virtually unpunished for other party of this professional area. Besides problem of double control in a number of professional areas, the role of morality during execution of professional activities as a factor of avoiding mistakes also causes many debates. In one cases, standards of conduct are set out in corporate principles, and in the other cases these principles are violated, which leads to serious consequences.

Yuri Pustovit spoke on a delicate issue when the clients position is at odds with the position of the lawyer, finding ways out of this crisis and its causes. The presentation included real-life examples and cases and was warmly received by the audience. Guests of the Conference will be able to rely on the experience gained from the presentation in their future work. In the aftermath of the speech, web newspaper “Advokatskaya gazeta” asked Yuri Pustovit to write an article for it.

Second day of the Conference started with an extended visiting session of the Council of the Russian Federal Chamber of Lawyers where representatives from CIS participated. At the same time panel discussion “LegalTech VS Classical legal education: mistake or breakthrough” took place.

Advocates Bureau Yug became a strategic partner of the Arbitration Conference, which captured great interest of Kovalyov Readings guests and gathered a large audience. This Conference included several panel sessions: “Arbitration agreement: how to avoid mistakes?”, “Arbitrator mistake and attorney mistake. What is the cost of a mistake and who pays the price?”. Sergey Radchenko, Senior associate of Advocates Bureau Yug, became a speaker in the panel discussion “The exercise of procedural rights: counsels mistake or abuse of rights?”. His presentation was dedicated to the topic “Abuse of process in state courts”, including the concept of procedural rights abuse, their difference from subjective rights abuse, examples of procedural rights abuse and methods of countering abuse based on his professional legal experience.

Kovalyov Readings 2019 became a highly professional communication platform for worlds leading figures of criminal law science, representatives of judicial and investigative bodies, and leaders of the legal community and legal practices of Russia, the USA, the UK, Europe and Asia.